Since moving house which has a lovely garden, my husband and I have decided that we are going to make sure we make the most of the garden. Though we have got off to a fairly slow start (as we moved at the end of the summer) we have managed to build a rabbit run and dig out some plots for veggies and add some bulbs to the flower beds. It has been on our to do list for this year, to grow some veggies and so when I was asked if we would like to review a mini polytunnel the timing couldn’t have been more perfect!

The Mini Polytunnels from First Tunnels come in three different sizes, we went for the 1.22m by 3.05m long tunnel which is the middle size. It fits over the plot we had set aside for creating a new veggie plot perfectly. The other options for sizes are 1.22m by 1.53m and 1.22m by 4.57m. After choosing the size of the mini polytunnel we then had to choose, which of the two cover options we wanted. We decided on the Super Therm Polythene (200 micron). or rather, my husband decided on that as I had no clue which one we should go for! The other option being a net cover which offers 50% shade. You can see the full details over on the First Tunnels website.

Once everything was decided upon we just had to wait…. But not for long. After everything was agreed the Mini Polytunnel was delivered within a week. The day before the parcels were delivered I had a text message to let me know that it was on it’s way. It arrived early the next morning in three packages. The long lengths of wood, the metal framework in several bits and a large box of bits (which included everything else from the nails to the cover).

Pretty much everything was included with the mini polytunnel there were only a few extra tools I needed. The tools needed to complete the mini polytunnel were: saw, hammer, stapler, staples and a size 13 spanner. The frame was quick to build and even the duct tape was provided to cover sharp edges.

Once the frame was complete, the last thing to do was attach the cover, making sure that the short edges of the tunnel we neat and taut. After the cover was stapled in place, another layer of wood was added to make sure that everything stayed in place. It was simple and easy to build the mini polytunnel, and luckily there was nothing that required two people, until the finished polytunnel needed to be moved in to place.

And then it was finished! Not bad for a couple of hours work.

When the mini polytunnel was complete we then moved it over to the vegetable plot I had dug out the previous weekend. It’s fairly lightweight to move, and can easily be carried by two people. The mini polytunnel has two legs which tuck away under the wooden frame and these can be set down for ventilation.

Well! As you can see the poly tunnel looks great, I think my husband did a wonderful job of building it.  Though I am not sure what the rabbits make of it as it’s now situated at the end of the garden near their rabbit run! We have lots of plans for our mini polytunnel over the next few months, including growing the tomato seeds that came with our mini polytunnel, which was a lovely little bonus.

I will be sharing our gardening adventure on the blog over the spring and summer so do pop back, and if you want to have a look at our first project of the year; building a rabbit run you can see that here.

What do you grow in your garden? Do you have any polytunnel/greenhouse tips?

Like the sound of the Mini Polytunnel? Why not pin this review for later?

We were sent a mini polytunnel free of charge, however all words are my own (unless they are in italics then they belong to my husband.)

This site uses Akismet to reduce spam. Learn how your comment data is processed. 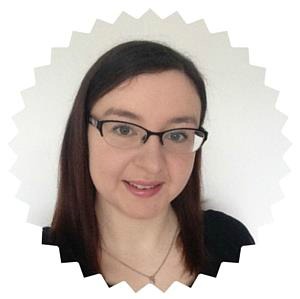 Hello! I'm Jenni - I am Autistic and I am a Reader. Writer. Mummy. Spoonie. Blogger. I'm usually found reading a book. Welcome to Odd Socks and Lollipops. It's my happy place, where I share my experiences about being autistic and as a parent with a chronic illness. I blog about books, writing and family life

Proud To Be A Member Of